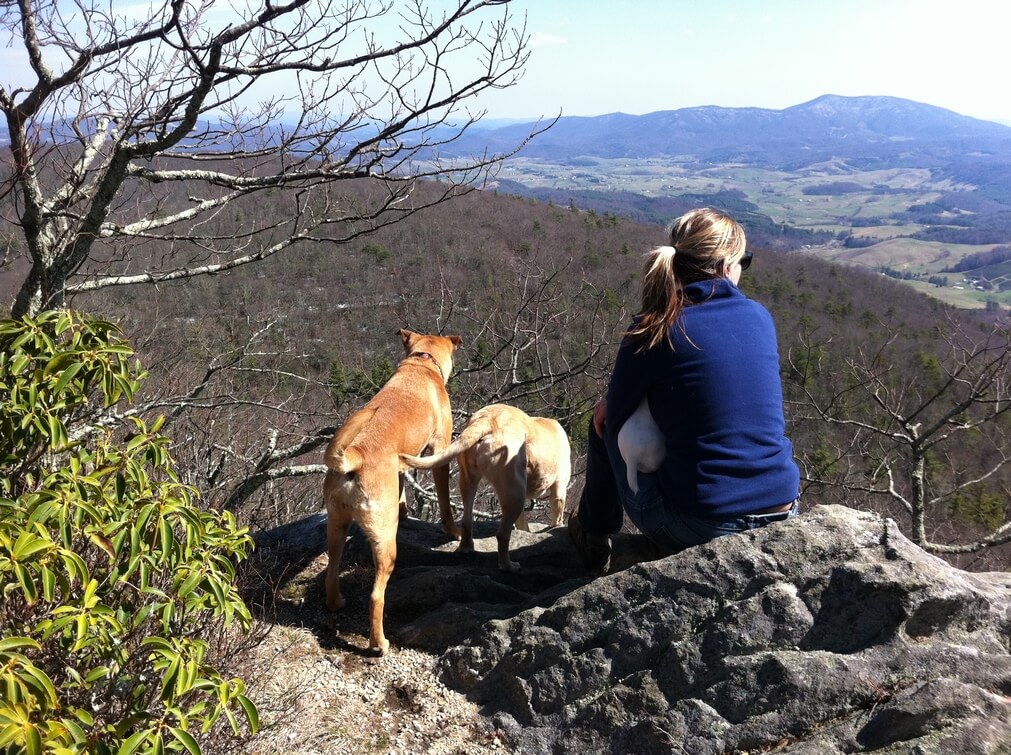 Each morning, there are tasks to be done. Usually, because I have a wonderful husband and I try to be a decent wife, these tasks are split in two. One of us gets the babe up, changed, soothed, milked, and dressed, and the other gets the dogs up, out, fed, watered and the coffee brewed. 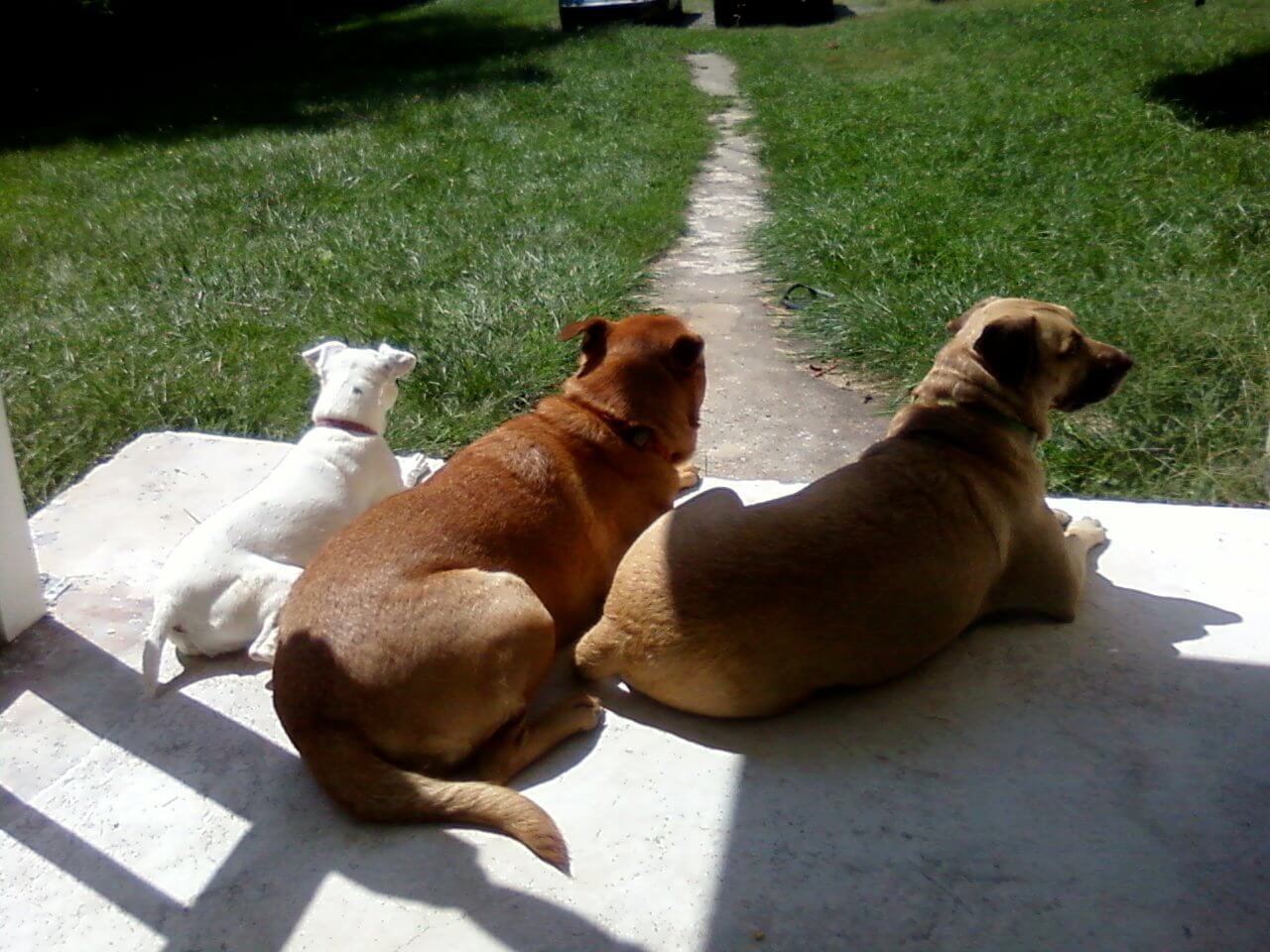 The dogs are familiar with this routine, and are, for the most part, patient. Pious in their faith that we will come each morning and take care of them.

I have had Anna Banana since she was just a 3 pound pup – and that was almost 13 years ago. But she is a small dog – a Jack Russell Terrier – so she will live 18-20 years. Sometimes her proximity to her upper years makes me realize my own proximity to my upper years, as we have grown together. 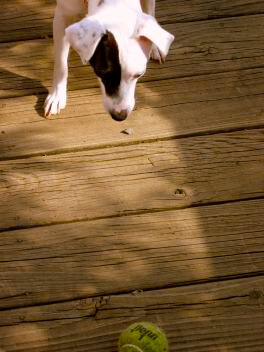 Sean rescued Nina from an abusive household when she was already a couple of years old. She is fiercely loving and loyal and grateful to him. Unfortunately, she is also wary of anyone else, nature (thunder, rain), technological advances (cars, cameras) and especially gun shots (occasional in our country neighborhood).

And Lola is a dog’s dog. She likes people okay, but she is all about chasing squirrels, running, and enjoying the outdoors. She’s also cool with stretching out on the living room rug. She has her flaws: a taste for neighbor’s chickens, a slight Alpha complex, but she is pretty much an all around good dog otherwise. She does not beg, does not get on the furniture, only barks if others do first. Lola was the runt of the litter (I think this is what caused her Alpha issues – a canine-Napoleon complex) and Sean rescued her before she was starved out by her siblings.

We were unsure of what it would be like to introduce a new little baby into this bustling household of doggies. Would she be part of their pack? Could she learn to out-Alpha Lola?

There were no problems when we brought little Maya Bell home – Anna and Lola became fairly indifferent, though Anna was initially peeved about losing her prime lap space, but Nina fell in love. 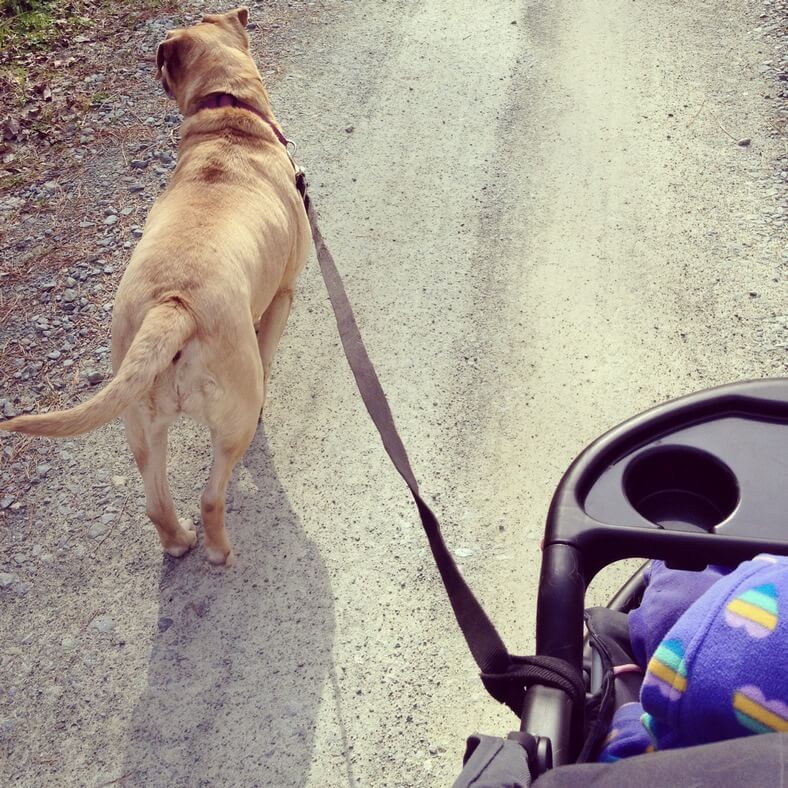 Nina, once dubbed by a friend, “the mean one”, now lets a toddler pull her ears, push her face, ride her back, and yank her tail. She sometimes is a little over zealous with baby-face kisses. 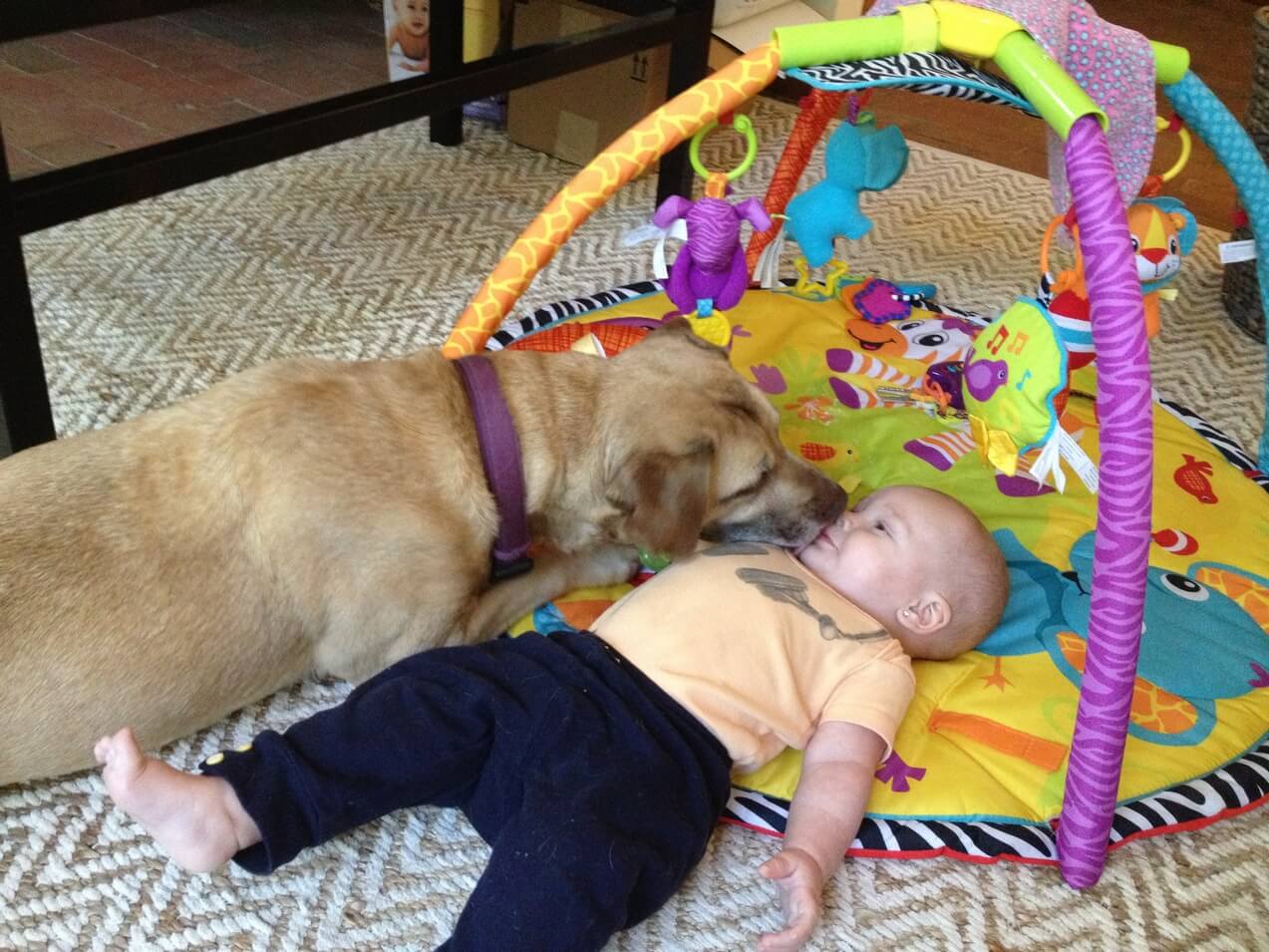 Our golden-eyed Nina is getting old. Because she was a rescue, we are not sure of her exact age, but she is somewhere around 13. And our best guess is that she is a Pit-Lab mix. So that’s 91 in large breed years. We are noticing her sharp edges waring away a bit and we fear her hours are winding down. 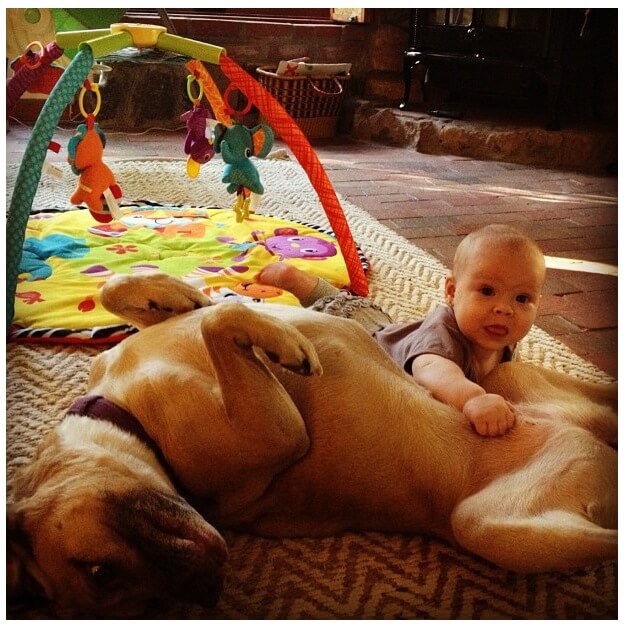 I so hope that Maya remembers this wild beast that loves her so; this golden-eyed girl that found joy in her baby hands. And I will do my best to appreciate this love, this dog, these moments, and capture as many as I can for Maya to hold on to as she grows. 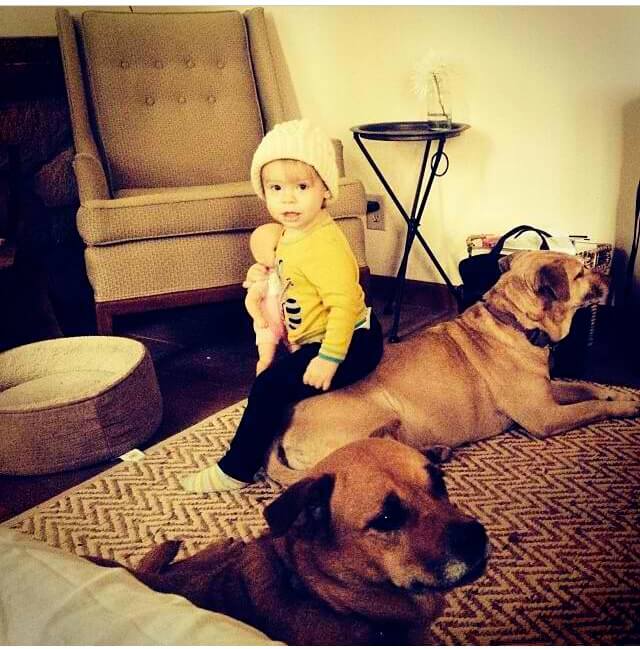