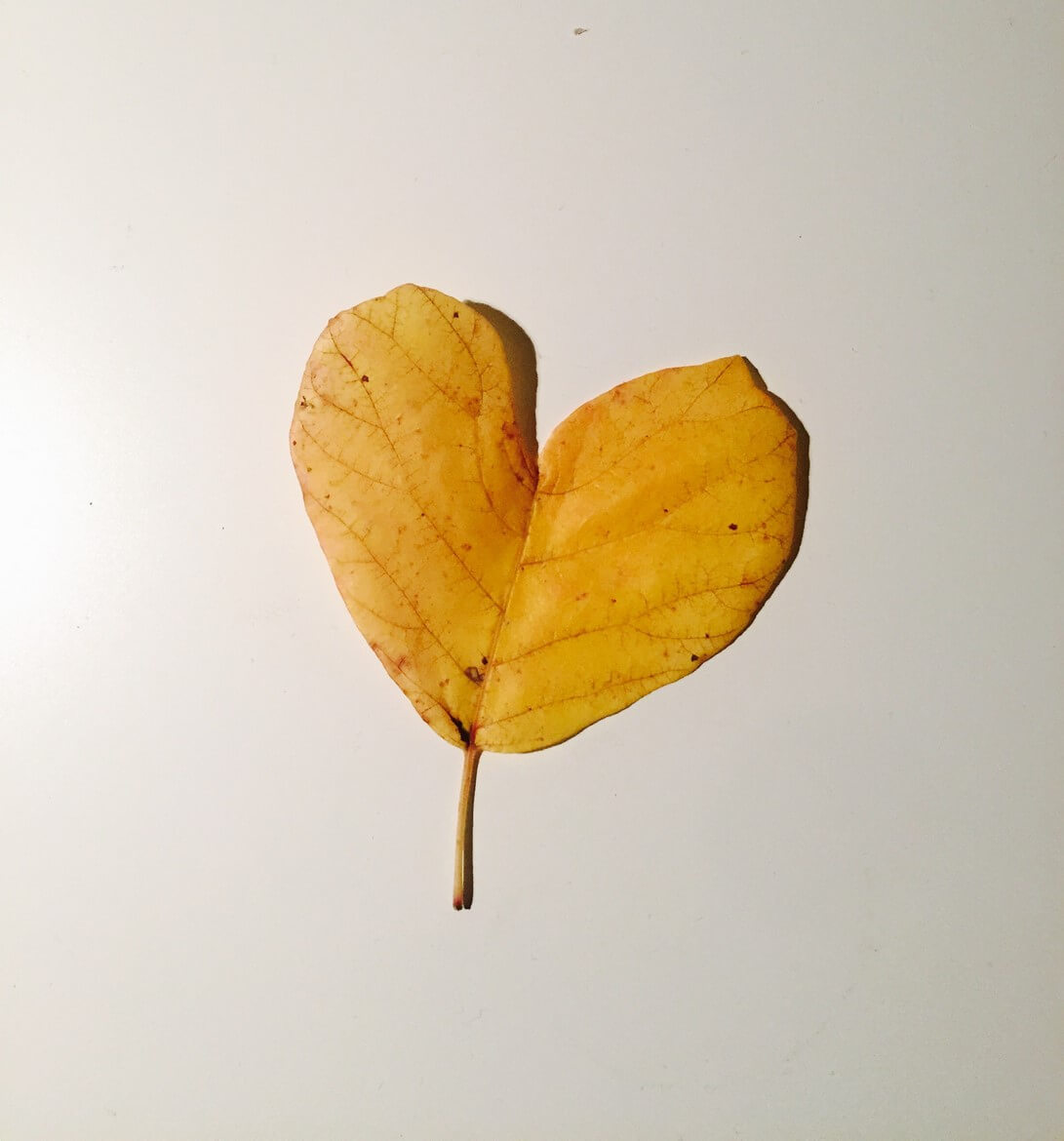 But I get it. It is so yummy to experience this time of year – you can hear the masses celebrating their sweaters and boots as they open their doors to hang twiggy wreaths and set out mums and pumpkins. Me included.

The weather is fine; I am most content in a layered outfit – with scarf, no jacket, so right now fits the bill just nicely. I like to posit that it’s my Bay Area roots that cause me to wave my hands in the air at the absence of humidity, but I think it’s rare that anyone turns her nose up at crisp fall air.

Saturday, we joined our friends at the pumpkin patch, Phillips Farm, in the Morrisville/Cary area. A farm that also grows strawberries and Christmas trees – they have your photo-op moments covered for every season!

When I was 22, I went for the haunted corn maze, but secretly, I was just as excited by the hay ride. So imagine my excitement that I now get to use my kids as an excuse to do ALL of the activities offered by the pumpkin patches! 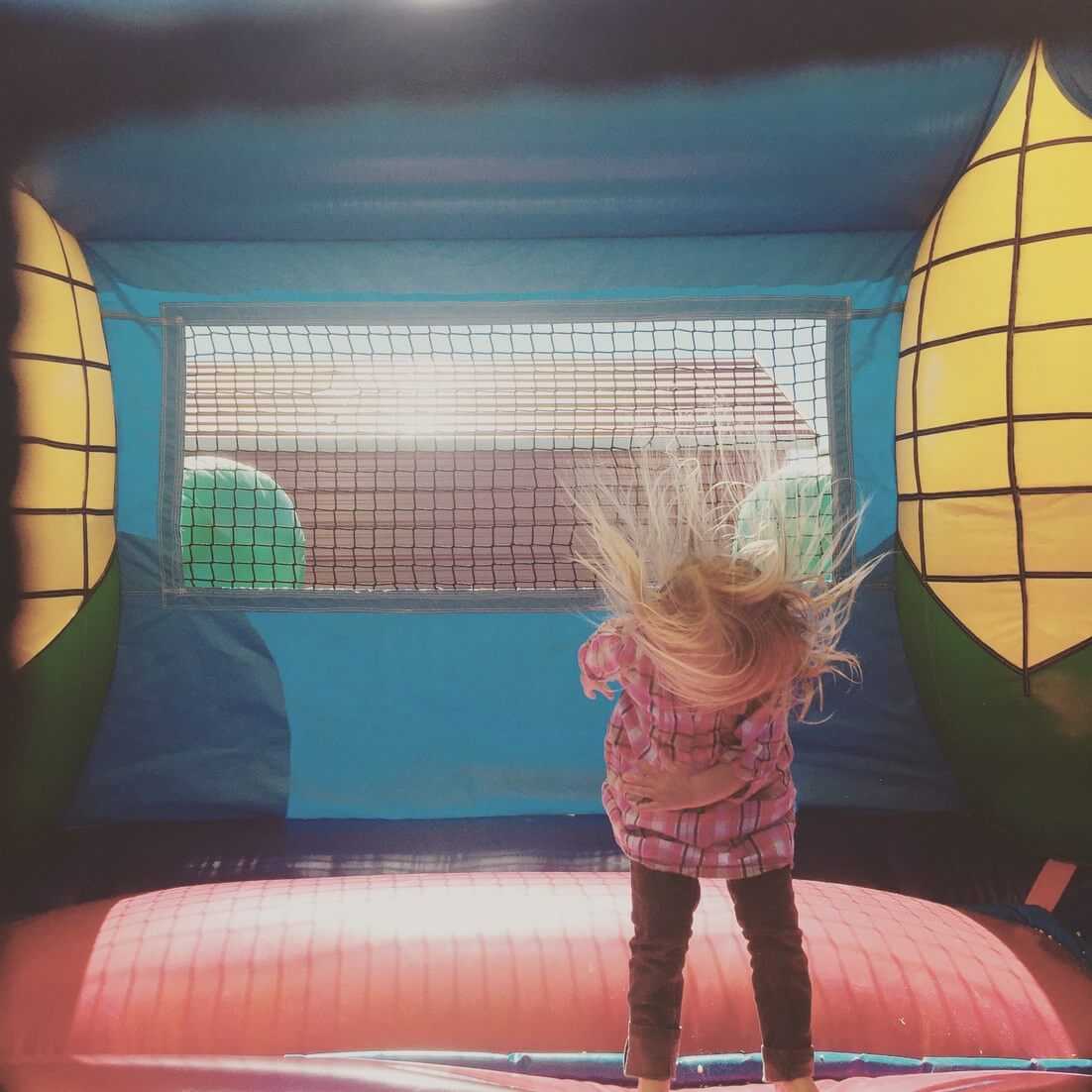 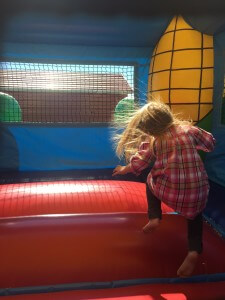 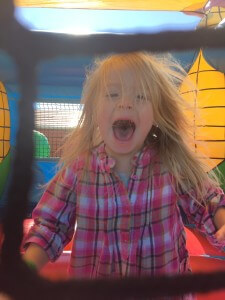 I imagine that the staff members have a ball when all of the minivans are packed up and pulled out and they can go to town on all of these cool attractions “for kids” – at least I was fantasizing doing so if it were me there after hours. And I did as many as I could under the guise of “my three-year-old needs her hand held”. 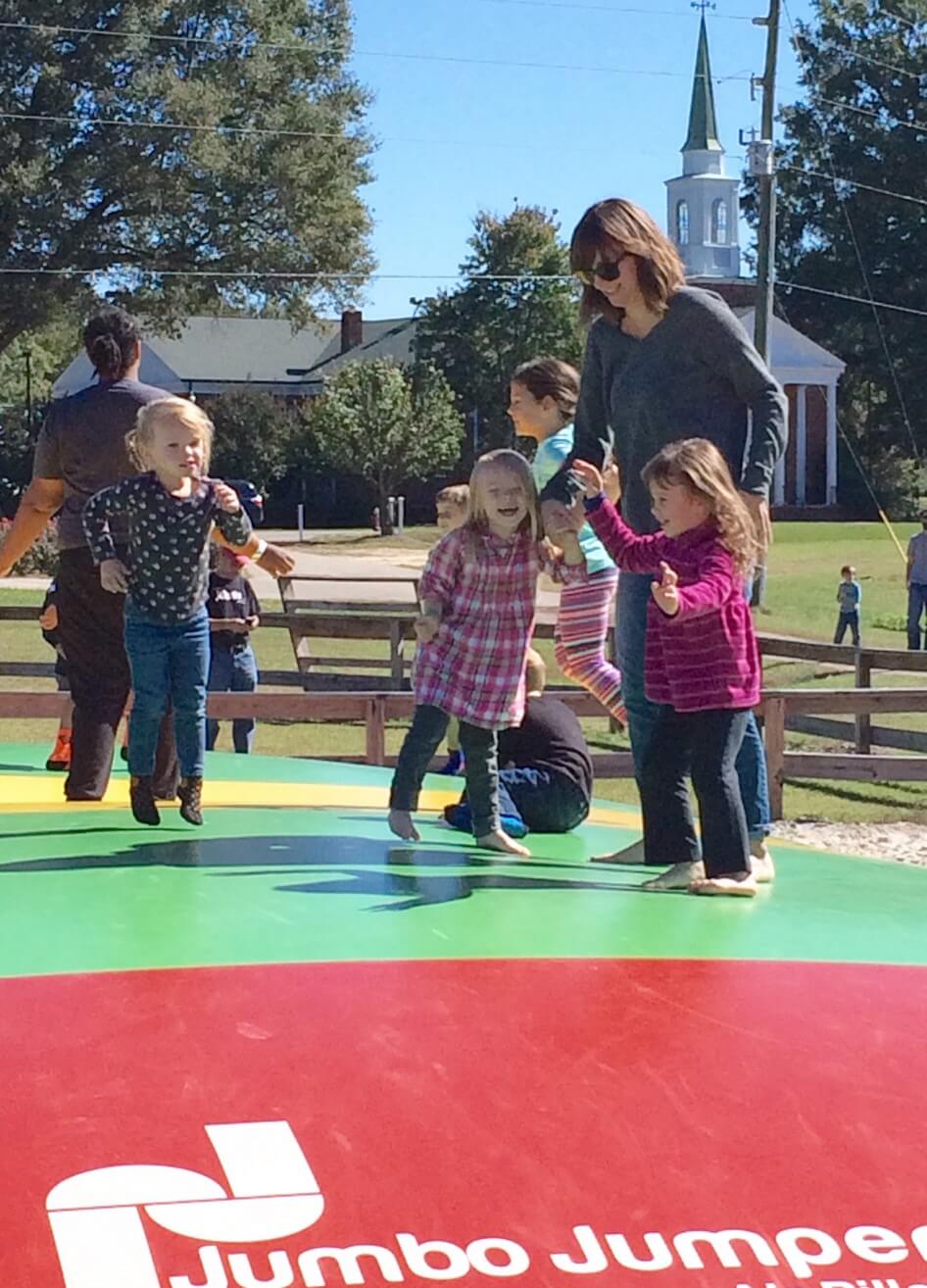 Among the offerings at this particular patch were

I used to celebrate Halloween on Franklin Street with 100,000 other people without kids. Now, I am elated to jump on a mystery trampoline and watch as all of our kids run straight into the pumpkin patch and immediately fall on their faces because they didn’t realize the rows were raised. THAT was funny. 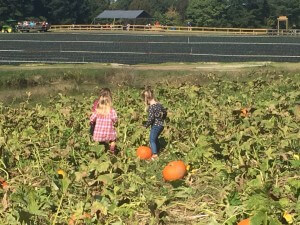 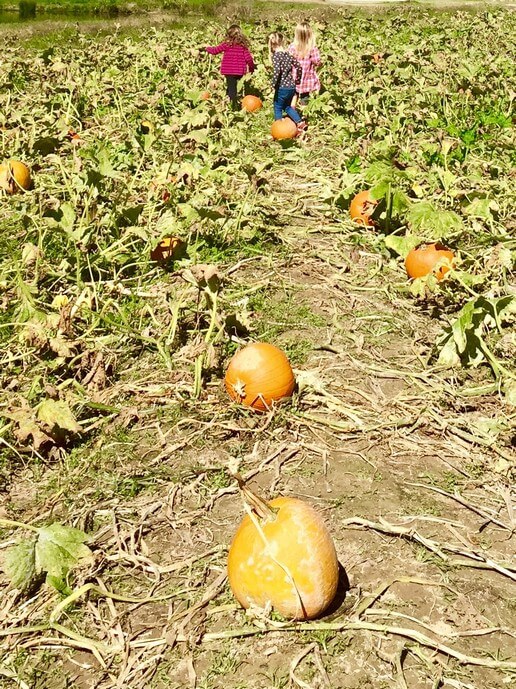 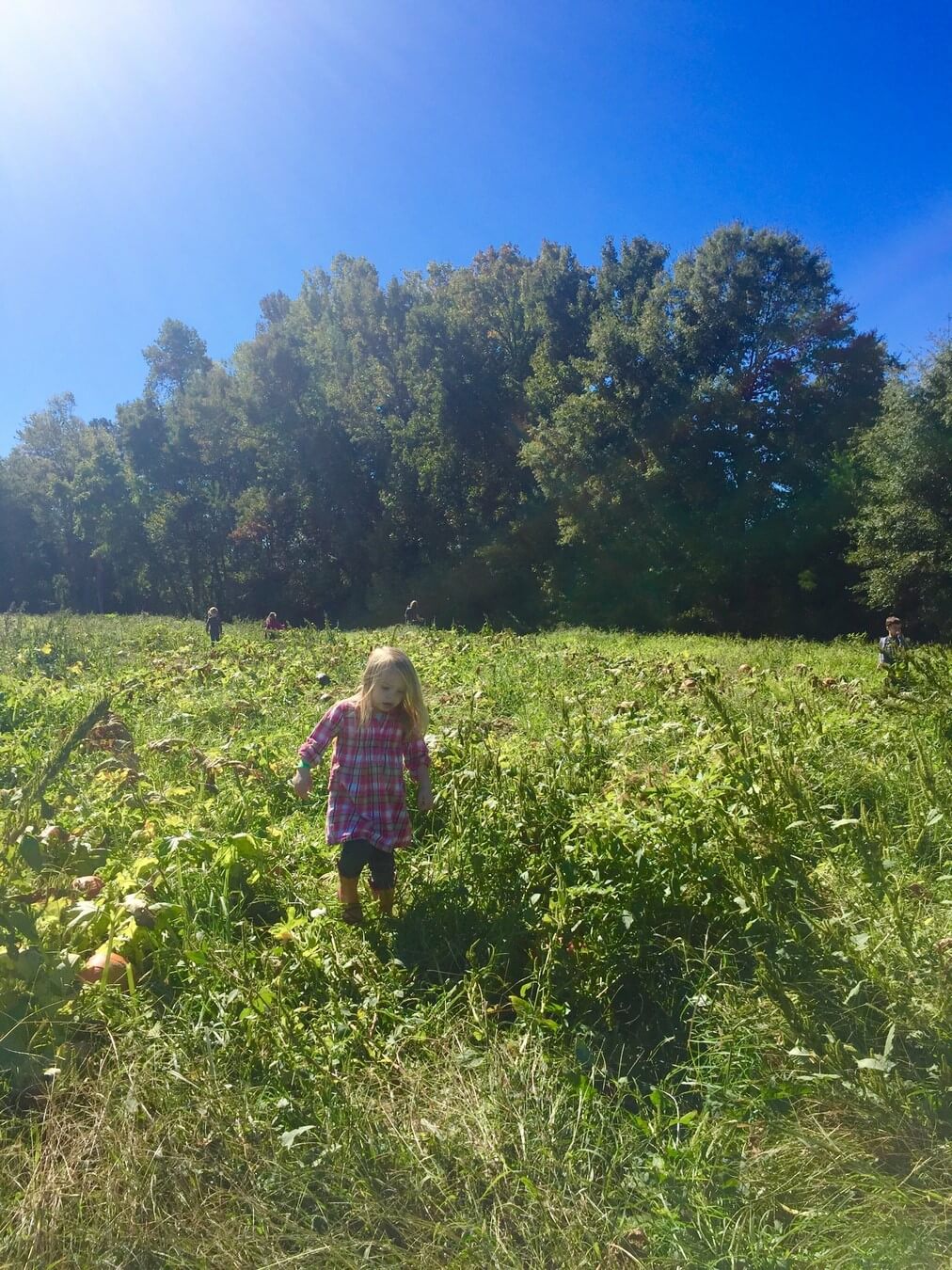 I am so grateful to my kids for opening this door onto fun – the cheesy kind of fun that doesn’t care if I look cool – though I look straight VIP with my bare toes dipped in unpopped corn. 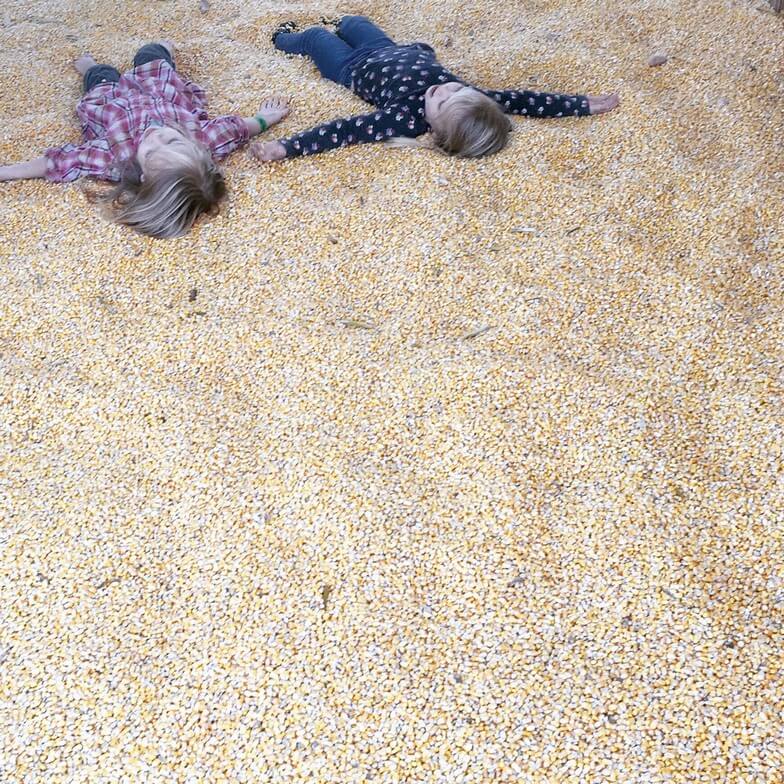 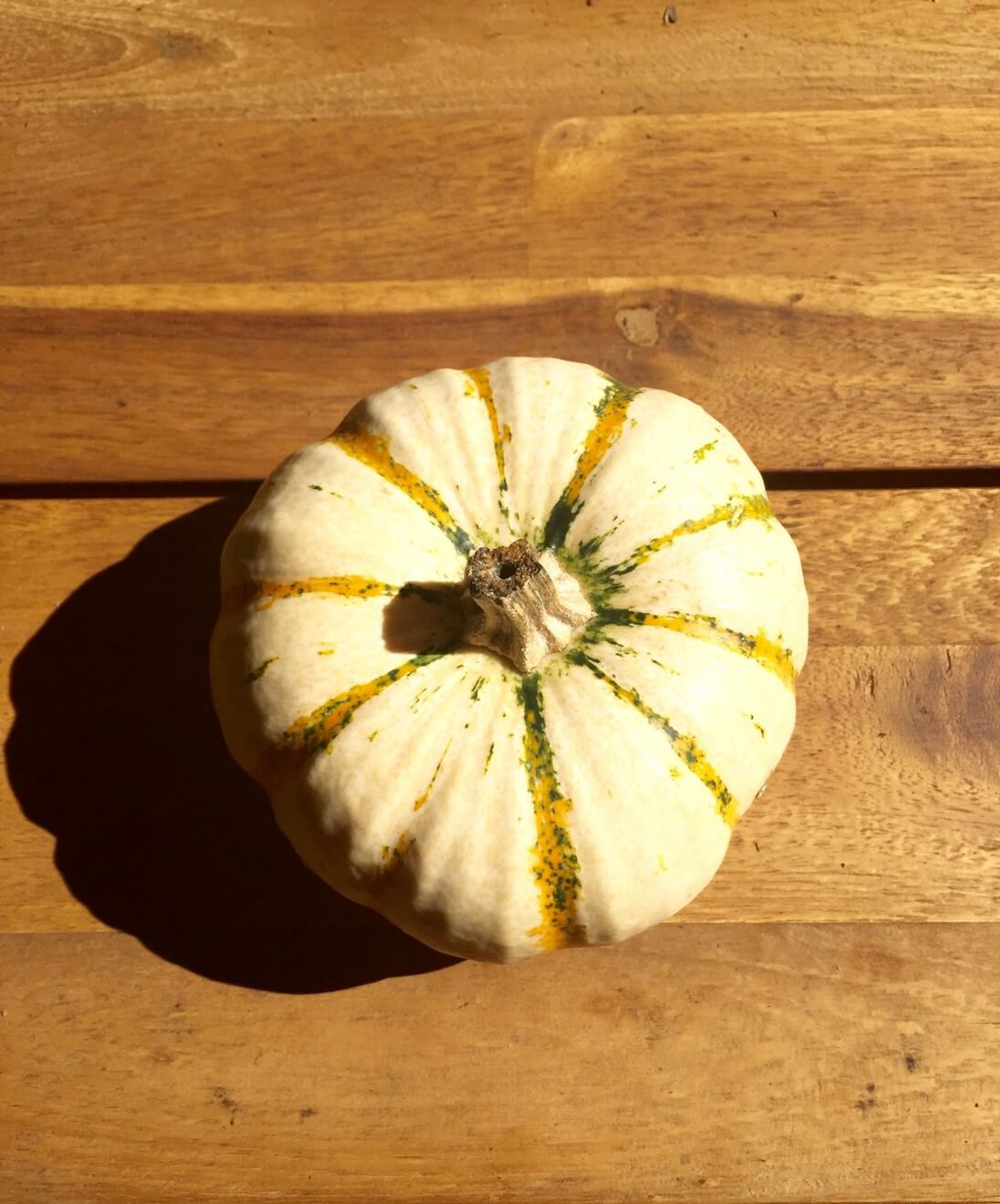 One thought on “Autumn”