She picked a pink paper bag out of the gift bag stash and loaded all of her pacifiers into it in the morning. As I held the bag open for her, I teared up. It was such a big moment for my girl (and for me, who is so sentimental). My little baby has had an addiction to these little plastic suckers that I feared would warrant a Palm Springs rehab stint. But on this morning, purposefully and without hesitation, my girl plucked each beloved and cherished paci from the glass bowl (out of reach in the cupboard) and placed it into the gift bag.

In the car on the way to the mall, she chose a neon green and hot pink one to savor one last time. We picked up Nana, and she added her household’s stash to the pink paper bag.

We stood in line for half an hour. I went to the front and tried to explain our unusual request to the teenage boy managing the line and taking picture orders, but this momentous situation was so far out of his purview that he didn’t seem to fully understand what I was asking. I just wanted Santa to have a little heads up and to play along when my three-and-a-half-year-old handed him a gift bag before placing her own Christmas gift wish, but I was not confident that this young employee was going to play along.

Sean and I had a disagreement about whether or not to purchase pictures. I felt (perhaps unreasonably so) that we needed to compensate the Santa and his helpers for our special favor. Sean did not agree, thinking that our little request did not much put them out. Maya settled the dispute by throwing a mini tantrum – she did NOT want to have her picture taken. When I saw the price, I agreed with the two of them. And the tantrum gave me a good platform on which to refuse the promotional purchase.

Luckily, there was a shift change when we were third in line. Santa took a restroom break, his ankle bracelet of jingle bells chiming his walk through the crowd; he needed to be escorted to keep the Bieber-like throngs of children under 10 at bay as he mercifully took a breather.

I took this opportunity to speak with the new teenager in charge of line-flow. She caught my drift a little more quickly, smiled, and agreed to fill Santa in on the plan. She must have had some experience with a small child in her own life, and knew how important this kind of orchestrated transition would be for a three year old.

When it was our turn, the teen went over and whispered to Santa. Bless you, girl. And Santa turned and smiled at us. It was time.

Maya bravely went up and handed the bag of pacifiers over to Santa, who kindly took them and gave them to his assistant with a wink, “We are going to give these to babies that need them.” Bless you, Mall Santa.

And for the first time in her life, Maya then sat on Santa’s lap without a meltdown. She asked for a Cinderella Ballerina doll. 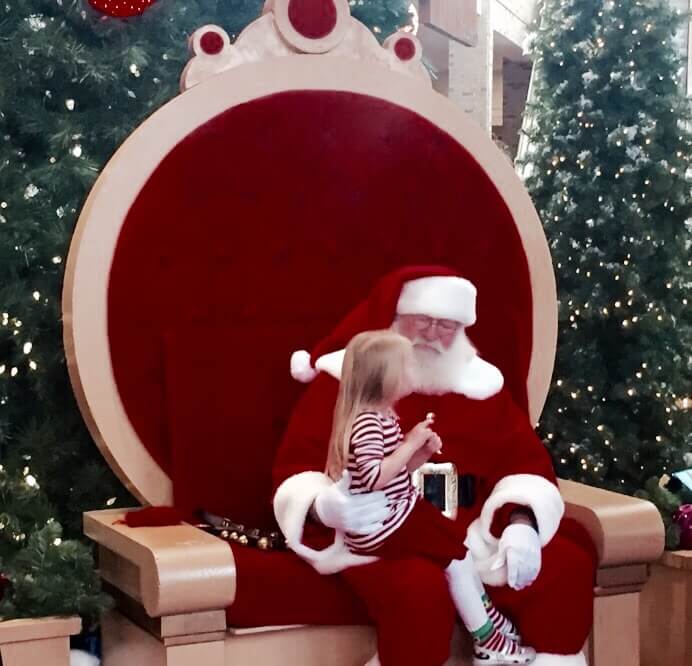 “Anything else?” Santa asked.

Then we went and had ice cream.

I had anticipated a few difficult nights as she missed her comforting pacis, but there has been nothing! Absolutely NO mention of them since handing them over to Santa.

I am so proud of my giving and unselfish girl. I have learned so much about her through this: if she plans ahead, talks it through, and is prepared, then she can handle a major change. I’m sure these lessons will prove most valuable as we move forward with her growth. She is a shrewd negotiator and will find the loophole in any give and take, so when it’s time for the end of an era, cold turkey decisiveness is the way to go for her to own it.

She is no baby anymore. And look! Santa brought her a Cinderella Ballerina doll for Christmas! Just what she wanted! 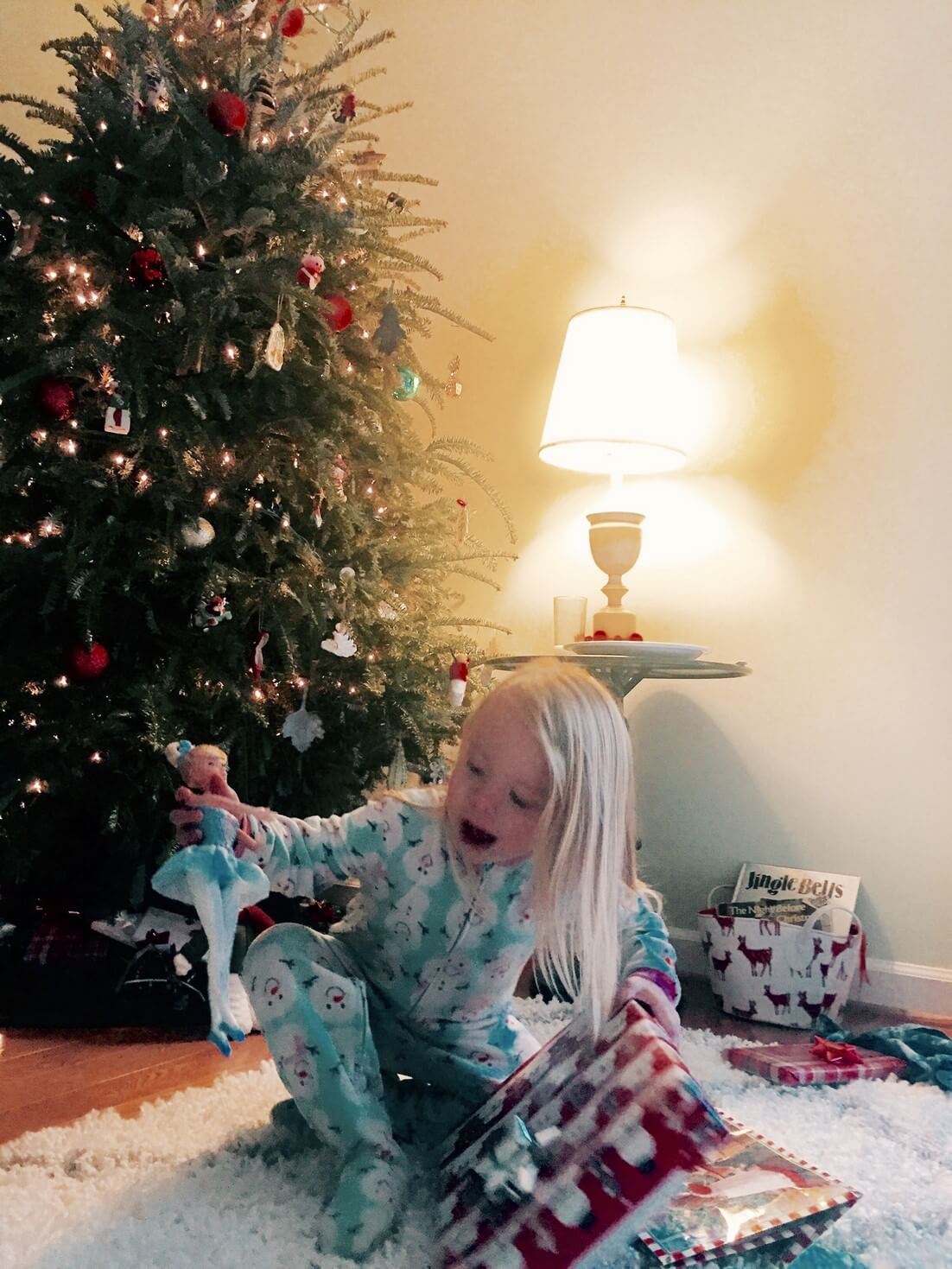 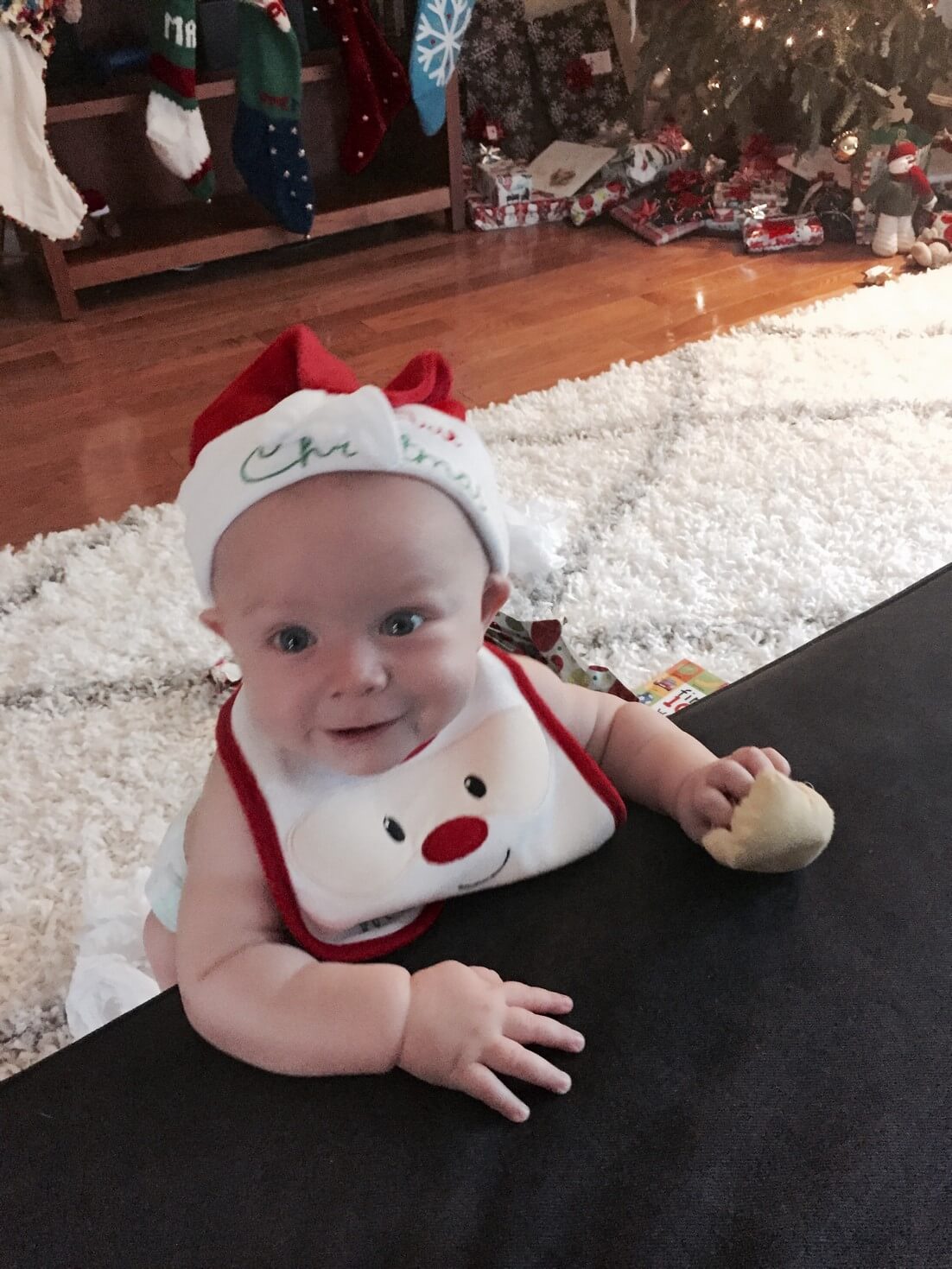